Suffering as she did in her youth as a result of her parents’ poverty, the Chinese national Min Wang decided to work for Credit Suisse after graduation. With the bank undergoing one reorganisation after another, she quit her job and subsequently found a career which reflects her life story, namely helping Swiss professionals to gain a foothold in China.

Ms Wang, you grew up in the Chinese industrial city of Wuhan. As a child, did you have a dream job in mind?
MIN WANG: In China we were upper-middle-class. We lived in our own house, my father was a professor of mathematics and computer science, my mother taught at a secondary school and I also thought of becoming a teacher in later life. In 1990 my parents and I emigrated to Canada. I was 14 at the time and for me, the move changed everything. My parents had hoped for a better future in the West. However, first off it meant a brutal downgrade in status for all of us: as a tutor my father earned only 400 Canadian dollars, half of which went on car insurance, and so all four of us lived on 200 dollars a month. My mother spent eight hours a day cleaning hotel rooms, to supplement his income.

And despite this, you were able to study at university?
Yes, owing to our Chinese mentality. Although we were very poor in Canada, it was clear to my parents that my younger brother and I should receive a good, academic education. For me, the first five years in Canada were really tough. I spoke barely any English, had no friends and struggled to understand the alien culture. I decided during this time that one day I would earn a lot of money, in order to be able to support my parents. In those years, we often drove past a well-known steakhouse in the town of Regina which was far too expensive for us. I made a pledge to myself that with the first money I earned, I would invite my parents to eat there. When I got a job with Credit Suisse after I graduated, I was able to fulfil this promise.

How did you get from Queens University in Kingston near Toronto to Credit Suisse in Zurich?
I studied International Management there. I spent an exchange semester in Finland, and during the holidays there I travelled all over Europe and found the landscape and culture very exciting. Later on, a manager from Credit Suisse, who himself had studied in Kingston 20 years previously, came to our university and offered me a position in Zurich. And so, at 22, I went to Switzerland for the first time in 1998. I knew that Zurich was an important financial centre in Europe and was expecting to see skyscrapers like in New York. When the taxi driver prompted me to get out of the car at my low-budget hotel in Zurich’s Niederdorf district, I couldn’t believe that we were really in Zurich. He just said, “We don’t build high-rises here, we bury all the money underground.”

As a 22-year-old, how did you find your feet in the Swiss banking world?
On my first day, I was promptly sent back home because my manager was on a business trip and nobody was expecting me. However, after that I settled in well. The work was exciting: as a project manager I was able to take on interesting projects in England, Luxembourg and Dubai, I made good friends and got to know my future husband at work. I enjoyed the frequent travelling, the chance to learn a lot and earn a good salary, thereby finally overcoming the poverty which we had suffered in Canada. But, over time, the business climate deteriorated. From 2010 onwards, innovation was barely mentioned — it was all about reducing costs. One reorganisation followed another. On one occasion, a third of my team was laid off in the space of six months — I even received a reward for implementing particularly effective cost-cutting measures. I didn’t derive any pleasure from this because I knew that the 45- to 50-year-olds who had lost their jobs would have a hard time in the employment market.

And so one day you pulled the plug on it all?
After the birth of my son in 2010, I took a year-long break, followed by a reduced workload. But increasingly I had to force myself to go in to the bank, because I could no longer see the point of my work. Having no clue about what I could do instead, for four long years I put off the overdue decision to make a change, continually finding new reasons not to move on. When our son was four, I said to my husband, “Let’s go on a world tour, the three of us together, and take a step back from everything.” We both resigned from our jobs — which almost gave my mother heart failure — and toured China, Cuba, Canada and the USA, including a cruise at the end of the trip from Vancouver to Alaska.

And on your return, did you know what you wanted to do?
No, but my mind felt free and open to new ideas. It would no longer have occurred to me to go back to working at a bank. Along the way I had learnt to follow my intuition and be prepared for chance opportunities, whereas before I had been expert at planning, organising and controlling. On our return, I read a lot of books, had at least 200 ideas and realised one day what I would like to do: build a bridge between Switzerland and China and promote understanding between their different cultures. Instead of being a job which could easily be replaced, this was now something very personal to me. Via social media I found a business partner in China who shared my vision of launching a platform for opening up China to young Swiss professionals. We decided to offer internships, project weeks and study trips, giving participants cultural insights which would be far more revealing than a tourist trip could provide.

In October you were in Shanghai with 15 ICT apprentices from the canton of Zurich. Has your idea proved its worth in practice?
Yes, these young professionals were very open and were amazed at how modern Shanghai is and how many companies spring up there. Over the three weeks, for example, the apprentices contributed to a prototype project at a start-up company and independently developed an app which measures the room temperature. In the future, I want to offer exchange programmes like these not only to apprentices but also to students and experienced professionals. In addition, I offer workshops to Swiss companies that are interested in opportunities for growth in China. Of course, to Western eyes China is no political role model but economically the country is making great strides in becoming a world power. From a Swiss point of view, it would be a fatal mistake to ignore or fight this fact.

Where do you feel most at home these days?
For many years I suffered from the sense that I had no real home. Thanks to my son, I now feel firmly rooted in Switzerland. And I have come to see my situation as a blessing: I am well acquainted with the upsides and downsides of three cultures and am able therefore to act as a mediator and ambassador. This lends so much fundamental meaning to my work that I would happily do it unpaid. My inner passion is so strong that I get up at 5am these days without complaining and start working. To be able to create something single-handedly gives you immense drive.

Go to the source here. 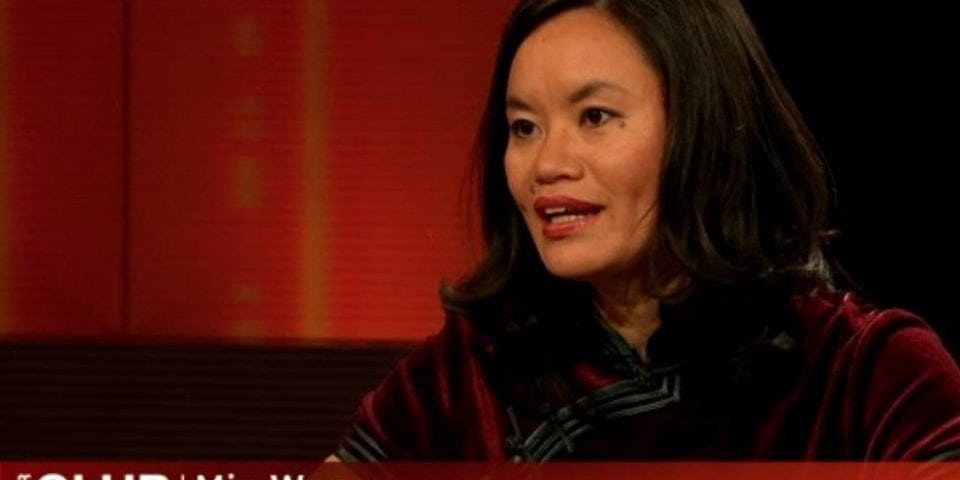 Our Founder Min Wang at SRF